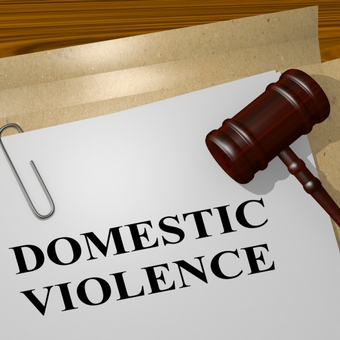 The Gold Coast's specialist domestic violence court is buried under a staggering workload and unless it gets a third Magistrate and more resources, the Gold Coast community risks an escalating number of tragedies.

That’s the view of Rebecca Barron who says family lawyers are adding their voice to calls for a better resourced specialist domestic violence court.

She has endorsed calls by others in the legal profession who say many DV victims are waiting on average seven and a half months for a hearing and the two DV Magistrates and court staff are working under a brutal workload to cope with demand.

Rebecca says Magistrates Strofield and Tynan are highly regarded for their commitment to the state’s first specialist Domestic Violence court, but the volume of matters before the court is accelerating and more resources are crucially needed.

Other lawyers have recently highlighted the lengthy delays people are enduring to have a matter heard, saying the DV Court logjam is a consequence of the increase in awareness of domestic violence leading to an increase in the number of applications for protection orders.

Rebecca says lengthy delays for a hearing are financially impacting on parties in DV matters and while a temporary Protection Order could be ordered immediately to protect the aggrieved, a formal hearing on a matter could take months and exert an enormous emotional toll on participants.

“I’m a huge supporter of the specialist Domestic Violence court and in our profession we all acknowledge the dedication of the Magistrates and the court staff.

“However, the number of applications continue to rise, and as a society we are faced almost daily with serious and tragic events of domestic violence – including events leading to the death of innocent people.”

Statistics tell us that for female homicide victims nationally, 23 per cent die as a result of domestic violence. In Queensland’s it’s worse at 44 per cent. In the 10 year period of 2002- 2012 there were 654 women victims of intimate partner homicide in Australia. Those statistics are higher when they incorporate children, male victims and extended family victims.

“The emotional toll of delays in the DV court’s work cannot be emphasised enough. My greatest fear is that if the process is delayed too long, people will lose heart and stop going to the courts for protection.

“Leaders in our society have been working so hard to shine a light on domestic violence and make the community aware of it, but if people lose confidence in the system then there’s a real fear they will just give up and do nothing,” Rebecca says.

Better resources for the Southport Domestic Violence Court could include another Magistrate, or at least a judicial registrar to deal with procedural issues and thus free up the Magistrates to handle more pressing matters.

A bigger budget would enable more court staff for administration tasks too, and better funding for Legal Aid was another priority to fund more duty lawyers.

“Our DV court is a crucially needed, invaluable resource for the Gold Coast and the Magistrates, court staff and police prosecutions put themselves out constantly to achieve the best possible results for DV victims.

“But the sheer volume of matters means parties are waiting for several months for their trial and during that time they suffer a huge emotional toll.  If we want our specialist DV court to be as effective as possible and provide protection to those in need, the Court must be better resourced, and urgently,” Rebecca says.