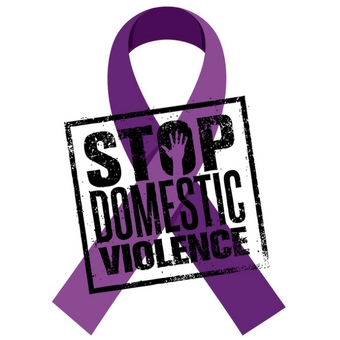 Why Has State Government Ignored Key Recommendation Of Its Domestic Violence Taskforce?

The Queensland State Government is being challenged on why a key recommendation of a landmark study into domestic violence two years ago has not been acted upon.

Cassandra Pullos says she was shocked that current calls for GPS tracking bracelets for DV offenders haven't been actioned immediately when that action was actually included in the key recommendations of the State’s own special taskforce into DV, which presented its findings to the State Government two years ago.

The Opposition is promoting a Bill which would ensure violent domestic violence offenders are fitted with GPS tracking devices. But Ms Palaszczuk has urged caution on fast tracking tough new DV laws in the wake of the murder of Gold Coast mother Teresa Bradford.

Cassandra says she is astonished the Premier is telling the Opposition to “sit down together” and discuss with police and welfare agencies how best to introduce practical aspects of the new law.

“The Premier is saying the state has allocated $200,000 to GPS tracking technology for DV offenders but the Government had to ensure the devices would work.

“Why is the Premier stalling on these measures? GPS tracking was recommended two years ago among the 140 recommendations of the State’s “Not Now, Not Ever” task force on domestic violence.

“Recommendation number 123 : The Queensland Government trials the use of GPS monitoring for high risk perpetrators of domestic and family violence.”
“This was in a report featured on the Queensland Government’s own website which features the 2015 report of the Special Taskforce on Domestic and Family Violence in Queensland, Not Now, Not Ever: Putting an end to domestic and family violence in Queensland.
“In the two years since then it seems the recommendation for tracking bracelets for DV offenders has been ignored. Why?” Cassandra asks.
The New South Wales Government last year included $2.9 million in its Budget for high-risk domestic violence offenders to be fitted with GPS tracking devices to restrict their movements and ensure they do not come within designated exclusion zones.
“New South Wales actioned this a year ago and Queensland has done nothing. Why not? Has our State Government consulted other states? If not, why not?”
Cassandra says Premier Palaszczuk’s attitude to calls for some of the immediate measures to monitor DV offenders defies belief.
“She says “We have to make sure these things work. These things just don’t happen overnight”. Well she’s had two years to get it sorted since her own taskforce reported, so why has nothing been done?”
Cassandra believes domestic violence has become so widespread and ingrained in the community, it needs a co-ordinated Government and Community approach to defeat it.
The recent murder of Gold Coast mother Teresa Bradford by her estranged husband has thrown a renewed focus on domestic violence, and renewed interest in a study of the “Not Now, Not Ever” report, which highlights a wide range of key actions being recommended by the taskforce in 2015.While many of the report’s recommendations have been implemented, some, such as GPS tracking bracelets for offenders, are still in limbo.

The Gold Coast specialist domestic violence court has been trialled as a result of the taskforce findings, but it seems some other recommendations had been shelved or ignored, Cassandra says.

The taskforce’s DV report made 140 recommendations based on the insights gathered from five months of consultation with communities and individuals.

“The premier is saying she won’t consider any changes to things like bail laws until the Police investigation into Teresa Bradford’s murder is completed. That just seems to me to be an unnecessary delay.

“While the results of that investigation may well be informative about what might have been differently in that particular case – there is, unfortunately, no shortage of previous cases in recent times we can also learn from,” she said.“We need to identify the triggers and how to stop acts of violence before they occur.

“It would be great if we could educate children in school so we have generations of children for whom violence is not a solution to conflict.

Until we have a society in which all members are educated to that degree of emotional intelligence, and address the mental health issue such as with Teresa Bradford’s estranged husband, then we do have to find ways to better recognise risk factors and act to properly protect those at risk,” she says.