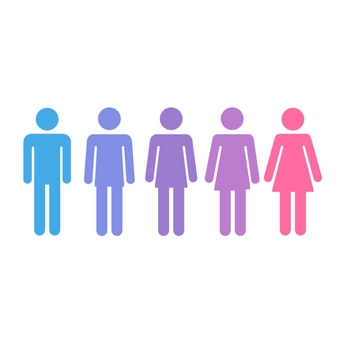 The full bench of the Family Court has unanimously decided young people no longer have to seek court approval for a vital stage of their transition treatment. Teenagers can now start hormone treatment to change their sex with approval from just the medical profession and their parents.

Cassandra Pullos has hailed the Family Court’s decision as a necessary move toward common sense and fairness for young people undergoing gender transition. However she acknowledges the Court’s decision will inevitably draw criticism from some quarters.

Until this ruling, Australia was the only country in the world that required court approval for stage 2 hormone decision-making where young transgender people had to convince the court they are capable of making this decision.

This has been the only way they could access these hormones since the treatment become available in 2004.

The process via the Family Court has involved multiple court dates and specialist reports aimed at convincing the court a transgender minor was capable of making the necessary decisions to seek Stage 2 hormones.

The judgment revealed the Family Court had dealt with 63 cases involving applications for stage 2 or 3 treatment for gender dysphoria between mid-2013 and mid-2017. In 62 of those cases, the court allowed treatment.

Significantly the Family Court judges said their decision was because the state of medical knowledge had moved on since the court ruled that its approval was required.

The Australian reported there were now international standards for the treatment of gender dysphoria, and “increased knowledge of the risks associated with not treating a young person”.

“It is readily apparent that the judicial understanding of gender dysphorias and its treatment have fallen behind the advances in medical science,” the judges said.

The Family Court said its decision applied to cases in which there was no dispute between the parents or the medical experts who proposed the treatment.

Cassandra Pullos says family lawyers will obviously continue to assist young clients seeking Stage 2 hormone treatment and in particular assist those where they may be a dispute between the parents or the medical experts. In such instances the Family Court will still be called on to decide the matter.