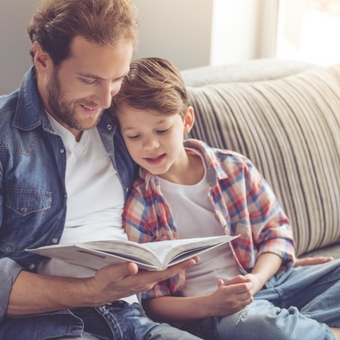 The Law Council of Australia has called on a parliamentary hearing for the proposed Parenting Management Hearings to be abolished, with funds instead re-invested to reduce “unacceptable” waiting times in the Family and Federal Courts.

Cassandra says Judges need to make the complex decisions about arrangements for children and the system needs to be better funded to allow those decisions to be made promptly. Too often delays cause the most harm.

A controversial $12.7 million family law measure was announced by former Attorney-General George Brandis in the 2017 budget. It proposed a pilot program to initially roll out in Parramatta to allow self-represented litigates to resolve their parenting disputes. A bill to enable this measure is currently before the Senate, the LCA explained.

But Law Council of Australia president Morry Bailes, quoted in “Lawyers Weekly” said the proposed parenting management panel represents a “radical departure” from the established position under Australian law as well as “adding another layer of complexity in what is already a complex system”.

“The making of decisions about matters such as where a child lives, with whom a child spends time, and how a child communicates with a parent, let alone questions of parental responsibility, are matters that are, and should remain, within the remit of judicial decision-making power of judges,” Mr Bailes said.

Family lawyers have described the proposed panel as a worrying move toward downgrading the decision making about children for unrepresented people.

“What Judges can do is appoint a parenting coordinator at the end of a disputed children’s case – either interim orders or final to assist parents in the implementation of those orders.

“Parenting co-ordinators can assist in on the spot resolution of the disputes that arise out of implementation of orders, particularly ones made after a long period of conflict when the parents “auto setting”, even after orders have been made, is conflict over every issue that arises,” she says.

Cassandra says parenting coordination has been successfully running in America and Canada for several years and is gaining traction in Australia. It works by helping the children of parents who are deeply divided by their divorce process and are unable to agree on a parenting plan.

Cassandra, who is a parenting coordinator, says the role helps parents focus on their children’s’ needs, and provide a “voice” for the needs of children caught up in their parents’ divorce.

The desired outcome is to have parents agree on arrangements for the time their children spend with them and help ensure the process works smoothly.

“It’s not about court orders and so on. It’s about getting parents to address their own relationship conflict problems to best help their children. The best interests of the child can’t be met if the parents are at each other’s throats,” she says.

The Law Council’s view is that the $12.7 million to establish and operate the parenting management panel could achieve a better outcome for children and parents in family law disputes by instead “allocating the funding to improve resourcing of the existing court system, as well as counselling and support services, such as contact centres”.

Cassandra agrees and says diverting the money toward parenting coordination services would achieve much more than the proposed parenting management panel.