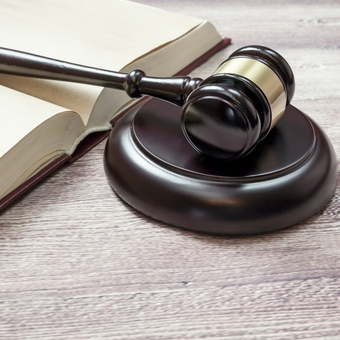 It’s a situation the children of divorced parents fear. Do the kids have a say in who they live with, and at what age can they make their own decision?

Cassandra Pullos says a recent case in New South Wales has highlighted this vexed issue and it’s put renewed focus on the Family Court and the role of the Independent Childrens’ Lawyer (ICL).

The two sons of wealthy parents found themselves at the sharp end of a parental tug of war after their dad was allowed to take them on holiday  to New York in January 2016. A few days later dad decided he wasn’t returning to Australia and advised his ex-wife that the boys wanted to stay in New York too.

This is where it gets complicated.

The parents had three children while married, two boys aged 17 and 15, and a girl aged 12. The parties separated in 2010 and after this, the boys lived with the father and the girl lived with her mother.

Parenting orders provided that the parties had equal shared parental responsibility. The children were to live with each parent as determined between the parties or at the children's election. The parents were also permitted to take the children out of Australia on holidays.

So dad gets permission to take the boys to New York in January 2016 for a holiday but a few days after arrival there advises his former wife he has decided to stay in New York and the boys want to stay there too.

Orders for the boys to return were made but the father appealed. The full bench of the Family Court dismissed his appeal, upholding the primary judges' judgment. So the father took an appeal to the High Court, and lost again.

The mother decided not to take part in the High Court process so the Independent Childrens’ lawyer ( ICL) opposed the father’s case. The ICL seeks an outcome in the best interests of the children and it may not be what the children want.

Cassandra Pullos says this puts a focus on the children’s wishes in that “children” (anyone under the age of 18) never get to choose absolutely.

“Ultimately, the wishes of anyone under 18 is only one factor for the judge to take into account when deciding what is in a child’s best interests. They have to look at ALL the factors set out in S60CC of the Family Law Act – not just the child’s wishes”, she says.

This particular NSW case, which made media headlines, also dispels the long held “urban myth” that, in reality, once children get to about 15 or 16, you can’t make them do anything they don’t want to do and so, in a de facto way, their wishes become the only important thing and they get to do whatever they want to do.

“This case gives the lie to that urban myth. These children – 15 and 17 – were clearly saying they wanted to stay in New York with their father. But the High Court looked at what was in their overall best interests, including the disruption to their relationship with their mother and their sister such a choice would necessarily result in, something apparently the boys hadn’t really considered when expressing their wishes,”.

The High Court also looked at the level of influence their father had over the sons’ decision making.

The High Court made it clear that just because these boys were older teenagers, their wishes still weren’t paramount – the Court still has the duty, and the power, to make a decision different to those wishes if, in all the circumstances, the Court believes the children’s best interests are served by another outcome different to their wishes.

As Cassandra puts it – “Kids don’t get what they want just because they want it – the central tenet of good parenting! The adult in the room (in this case the Judge) has a duty to look at the bigger picture and make a decision based on all the ramifications for the child, as to what is best for him or her.”

If you have a family law issue and need advice or assistance, contact us on 07 5526 3646 and one of our specialist Family lawyers will be able to assist you.